People with disabilities are feeling pressure from the nation’s longest-ever government shutdown, whether they work for a shuttered federal agency, live in subsidized housing or receive food stamps, advocates say.

Although some of the primary federal agencies that serve people with disabilities are open, such as the Social Security Administration, Centers for Medicare and Medicaid Services and the U.S. Department of Education, the effects are still widespread. For instance, new direct support workers to help those with disabilities can’t get hired and furloughed parents of children with disabilities are struggling to pay for therapies.

The most recent federal data shows that as of 2016, 14 percent of the federal workforce had a disability. Meanwhile, 800,000 federal workers are furloughed or have been working without pay since the shutdown began Dec. 22.

“Being a person with a disability tends to cost more,” said Nicole Jorwic, director of rights policy for The Arc. “Any hit to that individual’s bank account and budget is going to hit a little harder. There’s medication, equipment and staffing that they may be paying for themselves.”

Jorwic said The Arc has received many calls of concern about the partial shutdown.

Parents of children with disabilities are also among those forgoing pay because of the shutdown. In a lawsuit filed recently by the National Air Traffic Controllers Association against the Trump administration, one of the plaintiffs, Jonathan Barnett, is described as the sole breadwinner for his three children, including a 4-year-old with autism. The suit says his child requires several weekly therapies that aren’t fully covered by insurance.

Affordable housing advocates have raised concern about the shuttering of the Department of Housing and Urban Development, which not only helps subsidize housing costs but assists with rebuilding efforts after natural disasters, which disproportionately impact people with disabilities.

In December, HUD failed to renew rental assistance contracts for thousands of households mostly comprised of people with disabilities or elderly residents, according to the National Low Income Housing Coalition. More contracts with property owners will expire this month and in February.

“These contract suspensions put the homes of nearly 70,000 low-income renters at risk of serious rent hikes and evictions,” coalition CEO Diane Yentel said in a news release. “The longer the shutdown goes on, the more untenable it will become for properties owners to keep scraping by without their federal contracts — and the more the lowest-income renters will suffer.”

Additionally, HUD is now delayed in issuing guidance on the $1.68 billion in disaster relief to states hit by Hurricane Florence last year, according to the housing coalition.

If the shutdown extends past February, funding for the Supplemental Nutrition Assistance Program known as SNAP will run out, according to the Department of Agriculture. More than one-quarter of food stamp recipients have a disability, research shows. Additionally, Meek said some low-wage direct support professionals who help people with disabilities rely on the program.

Another concern amid a shortage of support workers, Meek said, is that hiring has stopped in states that require use of the federal E-Verify system to determine worker eligibility.

“That’s a real staffing issue, which really affects people with disabilities,” Meek said. “We’re already short staffed. If you’re on a hiring freeze until the government reopens, that’s a problem.” 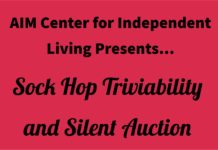 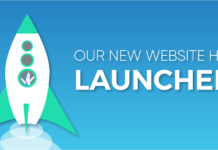 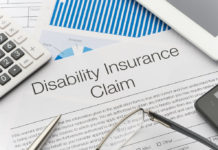 ABOUT
About Us
Employment
Staff
Board Members

We are an ITAC Amplified Phone Selection Center

Notice: Our office is currently closed due to COVID-19. Our staff is working remotely and can be reached via phone or email.